You are here: Home / solar 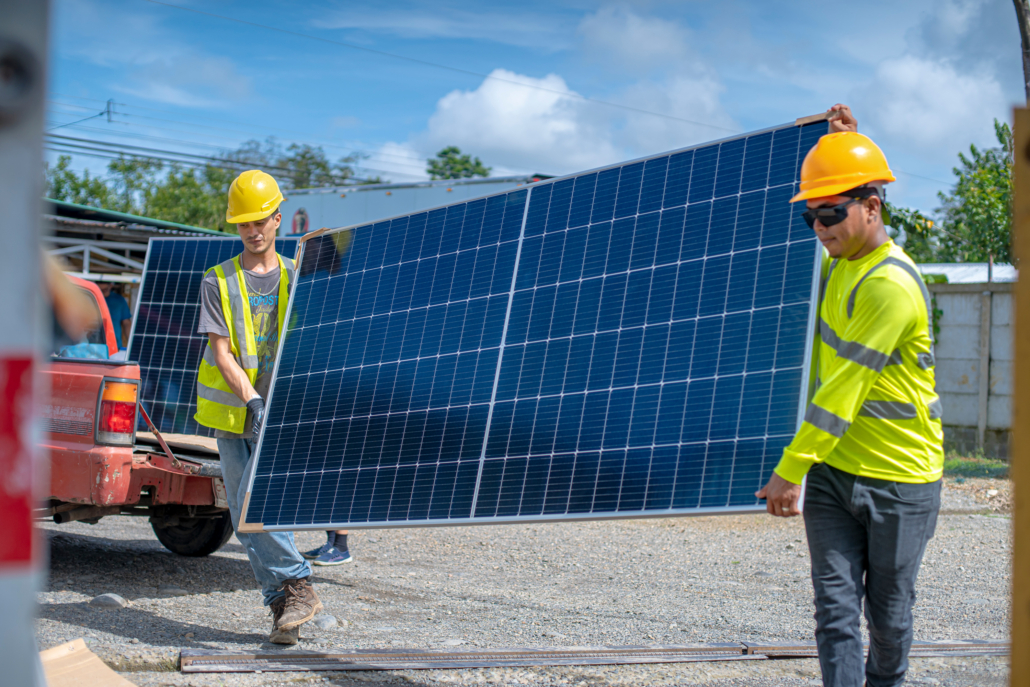 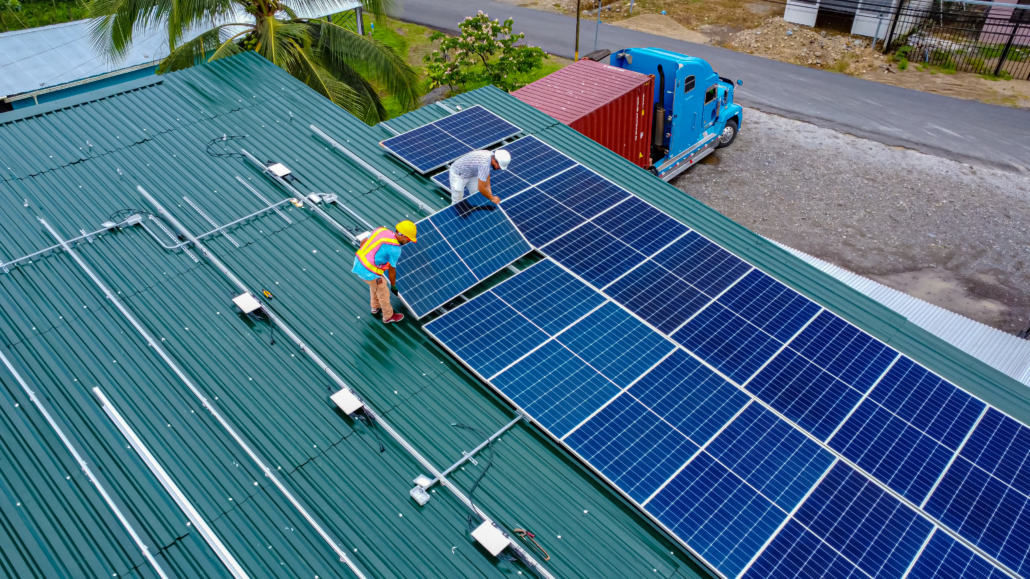 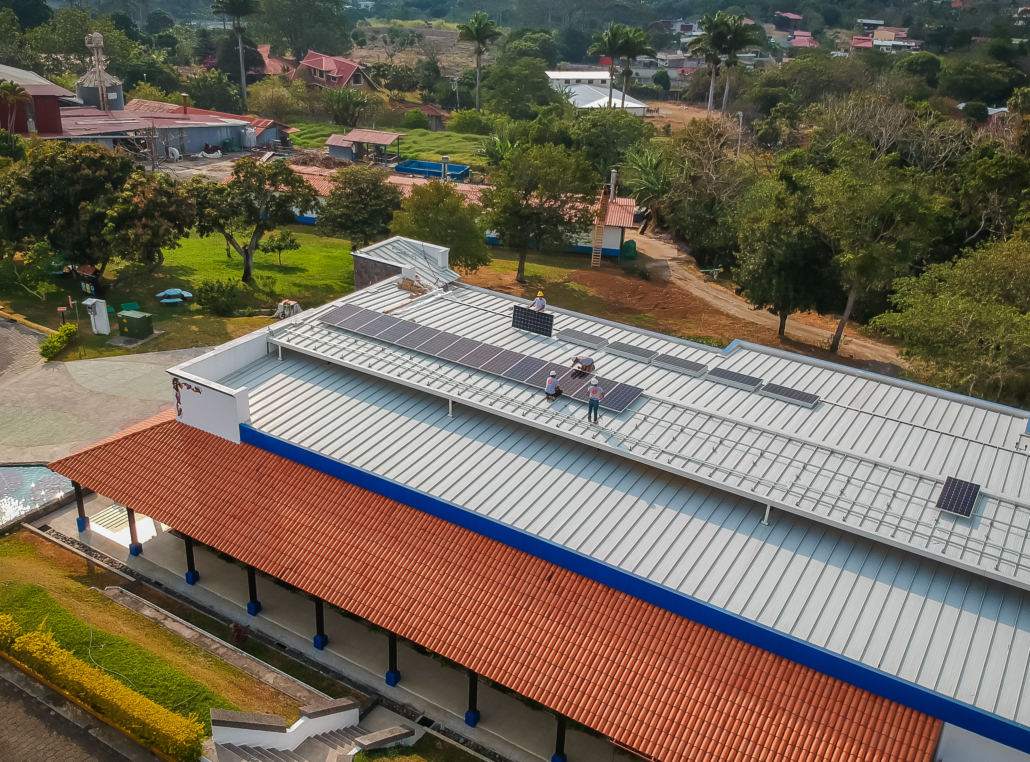 On this occasion we bring you a Real Savings Case with Solar Panels in Costa Rica.  A Guapileña home chose Solar Energy as its ally.

This means for Costa Rica, an annual saving of half a ton of carbon dioxide.

The detail of savings can be seen better in the attached graphic. 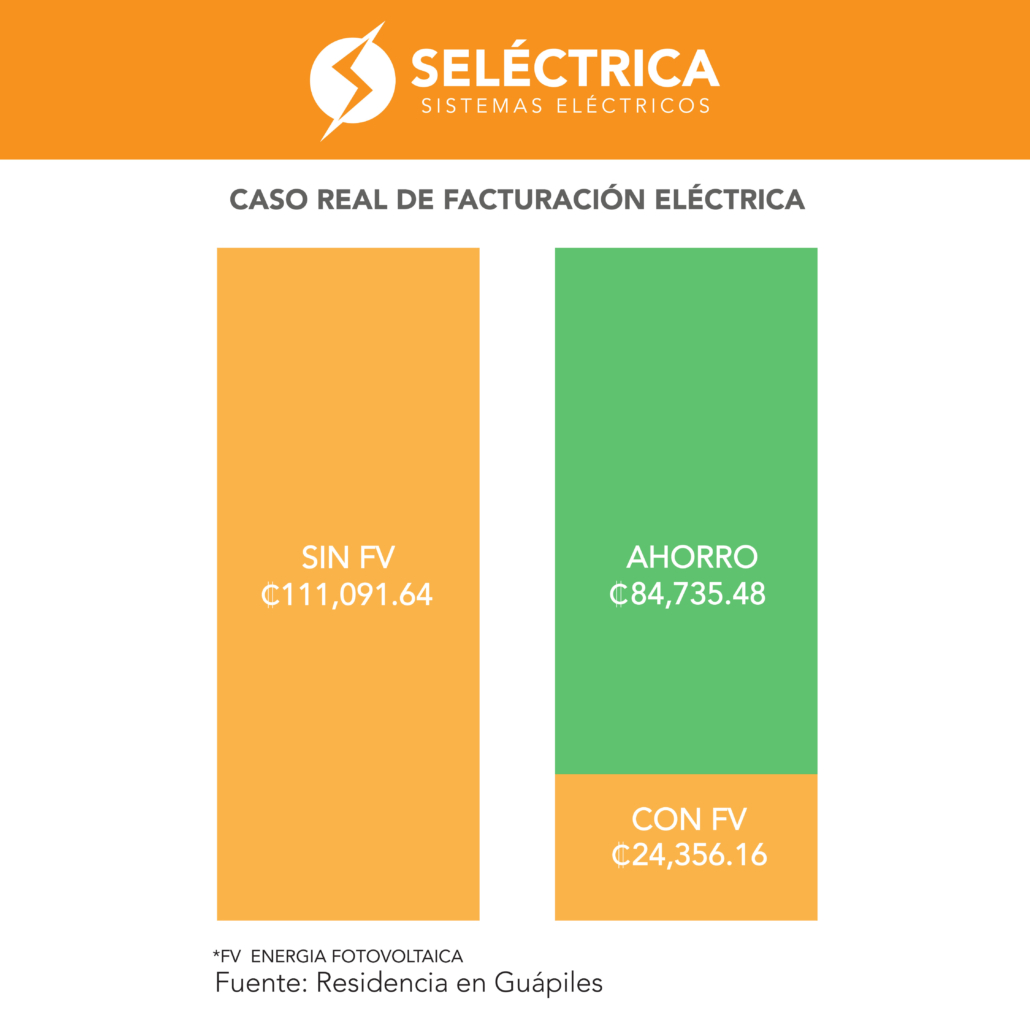 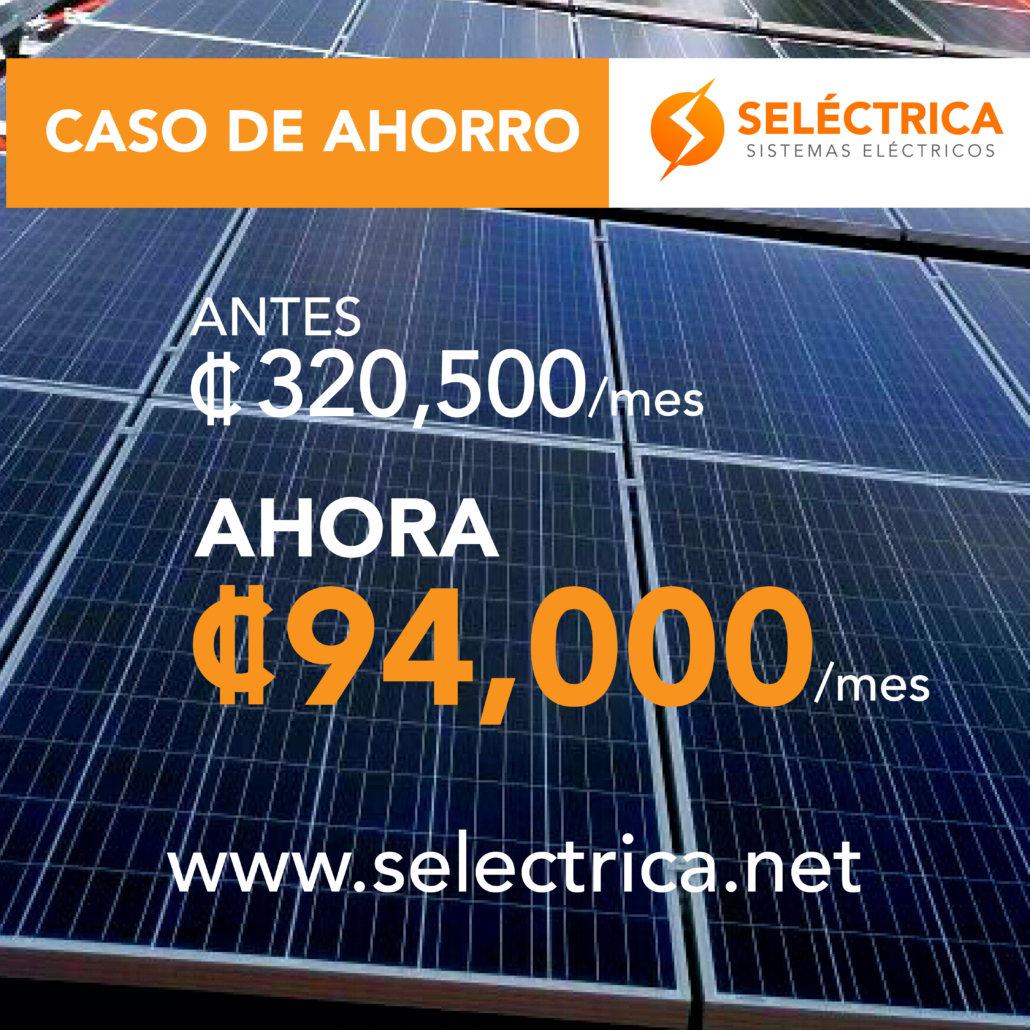 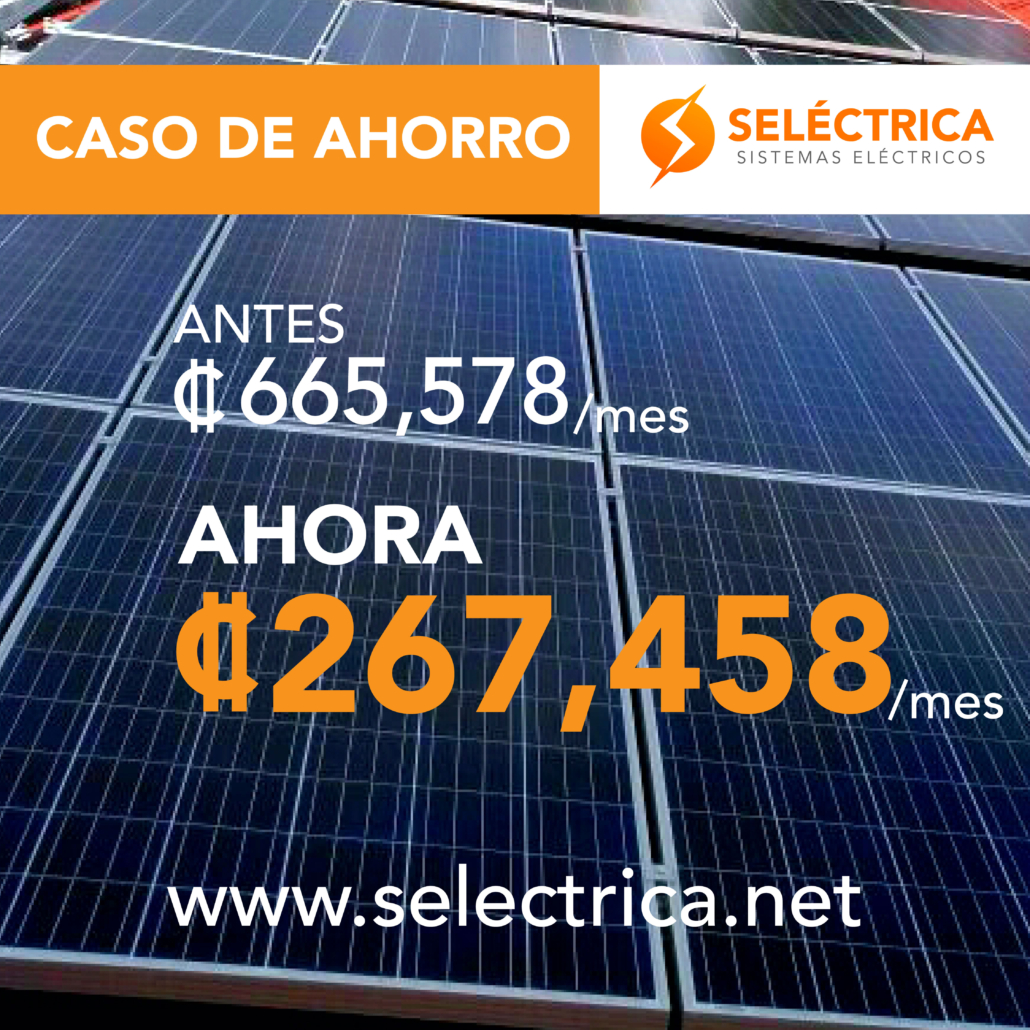 What is distributed energy?

It is the generation and management of electrical energy in a De-Centralizedway. It is given as close as possible to its place of consumption using mostly renewable energy sources.

* In this case, for the interest of all, we will propose the definition according to the Costa Rican Energy Distribution System *

How does Distributed Energy for Self-Consumption work?

Solar Generation Systems with Distributed Energy are recommended for users who consume the vast majority of electricity during the day (daylight hours).

In this way, the electricity produced by the Solar Panels at the moment is consumed. Even so, there are always surpluses of Electric Power.

Energy needs to be reserved or used at the moment.

So the Energy NOT used by the user enters the National Energy Network.

Storage of Distributed Energy is done in the National Energy Network.

BATTERIES ARE NOT USED

When Solar Panels DO NOT generate Energy?

Solar Panels DO NOT generate Energy during the night and can generate less Energy levels on cloudy days.

In a Distributed Energy System, who generates the Energy of the National Energy Network?

You, your neighbors and the government. Being a De-Centralized System, it means that Energy is generated everywhere. So you and your neighbors can contribute to the generation of Distributed Energy in your community. Being a clean energy contributor and strengthening your sense of community.

Can I use at night the same energy that generated hours of sunshine?

Not really. The Electric Power generated during the day and not used, is not stored. But it is not wasted either, since it is immediately used by other users connected to the National Energy Network.

What about the surpluses?

The distribution companies will recognize up to 49% of the electricity it generates. This means that the Electricity you consume from the National Energy Network, during the night, will be charged at a lower cost than the established price. The cost of this rate is decided by the ARESEP.

That is to say: Energy at a lower cost, in recognition of its contribution to the national network.

What about the energy I injected into the network and that the distribution company did not recognize me?

If you are going to install Solar Panels, remember that the ideal thing is that in your house the highest consumption of Electric Energy is during the day so that you can consume your own Free Energy

Centralized Generation: is the Electric Power produced by the state. Either from Clean (renewable), nuclear or fossil sources.

De-centralized Generation (Distributed Energy): It is the Energy produced by more than one user (entity), regularly, using Clean (renewable) sources of generation. As is Solar Energy.

Photoelectric effect:  We recommend you watch the following video for a better explanation.

Continuous Current and Alternating Current:  Known by their initials respectively CC and CA.

DC is when there is a direct (continuous) transit of an electric charge.

The CA has a regular and cyclic variation. The AC is the type of Energy that is used regularly to bring Energy homes and businesses.

Inverter:  Device that transforms the CD to DC.

Load center (breaker box):  is a metal cabinet that is found in every home / business that receives Electric Power. It has several breakers (switches) with which electrical circuits are controlled in the building.

Solar Generation System:  is the union of several electrical components that generate energy from sunlight. How are a Solar Panel, Investor, among others.

Energy Distributing Companies:  They are the companies that are responsible for delivering the Electric Power in your country. 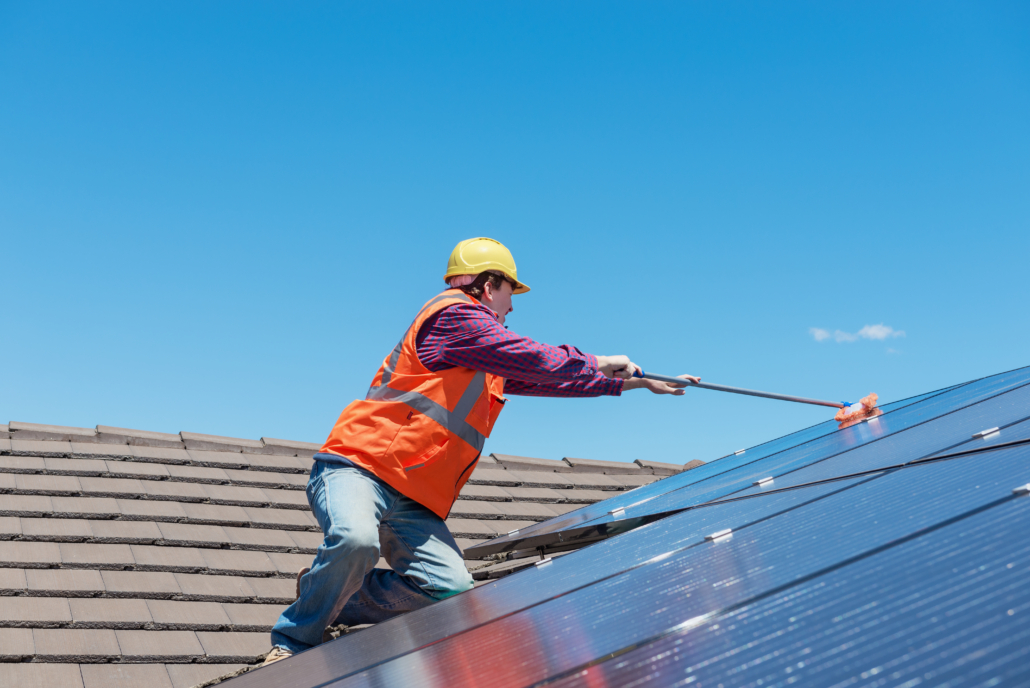 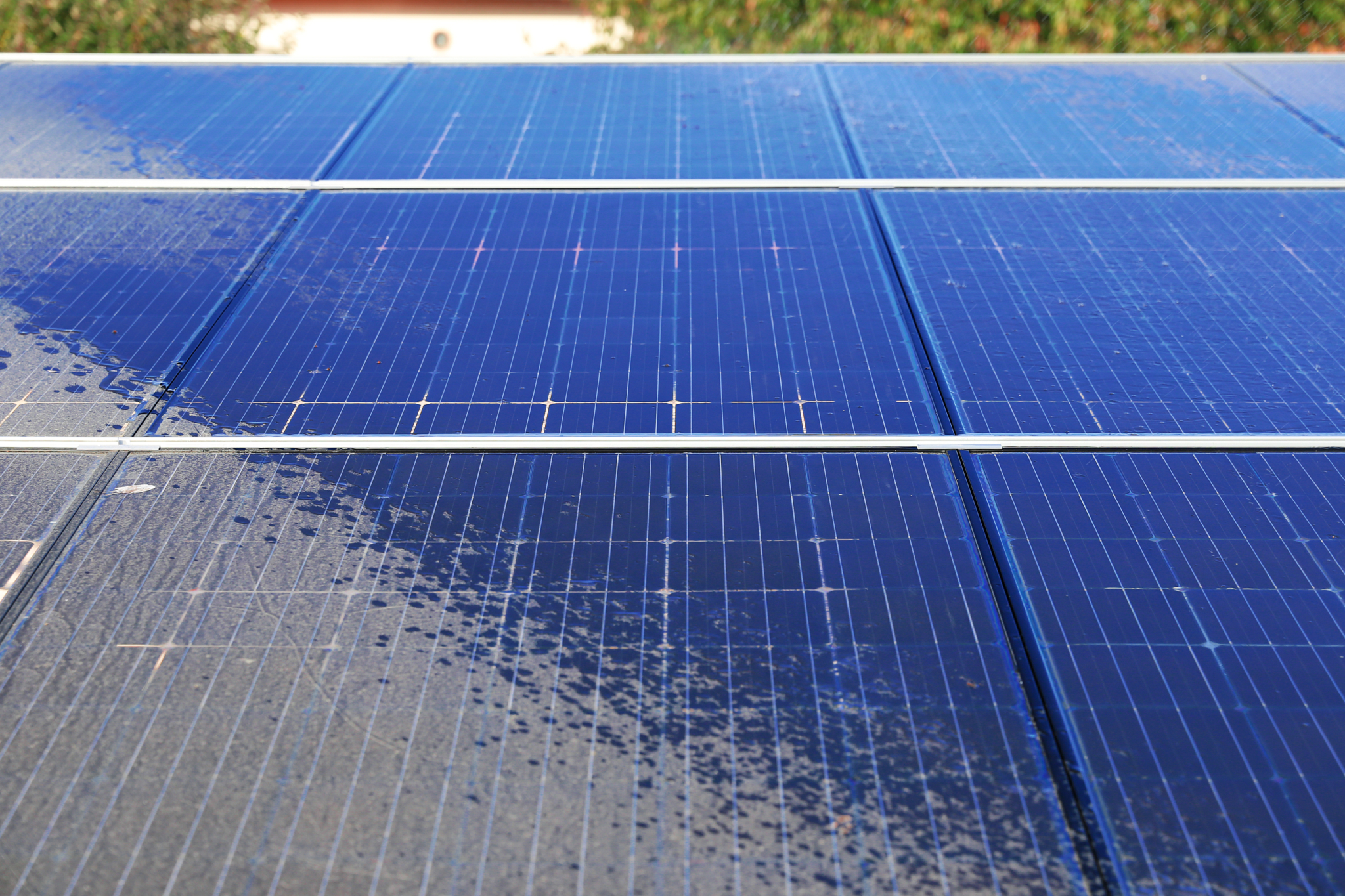